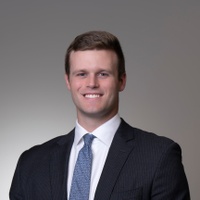 Allen Hamilton is a recent graduate of the University of Kentucky. He graduated summa cum laude with dual degrees in both Finance and Economics. Allen, a third generation UK athlete, also played golf at the University of Kentucky for 5 years while he was captain of the team for his final 2 years. In his final year at Kentucky, Allen was named the male scholar athlete of the year and was also named Kentucky's nominee for the H. Boyd Mcwhorter Scholar-Athlete Post-Graduate Scholarship, an honor that is only bestowed upon one male and female from each SEC institute. Allen has now attained his SIE, Series 7, Series 66, health insurance and life insurance licenses. Allen is from Louisville and had the joy of being the assistant golf coach last fall for his alma mater, Saint Xavier Highschool. He is now beginning the process to attain his CFP.